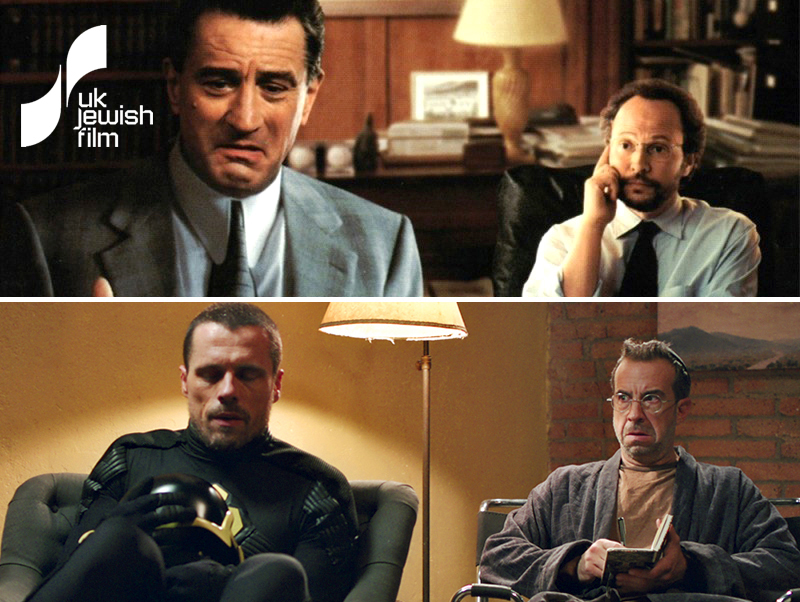 On November 21, KRISIS will participate in the UK JEWISH FILM FESTIVAL in two sessions. The first one will be at 6:45 p.m. in the programming of comedy shorts, and later, at 8:30 p.m. it will be screened together with the film “Analyze This”, 1999. It will be an event organized by partners Erica and Stuart Peters, and where our short film will serve as a counterpoint to the mythical film by Harlod Ramis. The festival is part of the UK Jewish Film, which also directs film education programs for young people exploring racism, anti-Semitism and interfaith issues

With Billy Crystal, Robert DeNiro and Lisa Kudrow, in “Analyze This” the psychiatrist Dr. Ben Sobel (Billy Crystal) gets bored of his patients and wishes, above all, to go on vacation to Miami and marry his girlfriend. But mobster Paul Vitti (Robert de Niro) will choose Ben to treat his panic attacks, pretending that it is a friend of his who needs therapy. From there begins an unforgettable relationship between doctor and patient, between neurotic psychiatrist and brutal mafia.

It is a luxury for us to be able to serve as a counterpoint to this film within one of the most prestigious Jewish festivals. When we conceived the short film, we thought of our psychiatrist as a neurotic, but also as a practicing Jew who has to interrupt the Shabbat because of the arrival of a superhero in his office. And that superhero, for us, had to contain all the current reality of the world in its negative sense: the moral crisis, values, economic and destruction that hits us. The association of ” Analyze This ” with KRISIS is fantastic, since it is related to the film by Harold Ramis and addresses the most current reality since comedy and, also, criticism. And is that the UK JEWISH FILM FESTIVAL meets all these criteria: entertainment, films that educate and a motto above all: positively provoking.